This commitment, however, is barely connected to the common sentiment prevalent amongst the Bacchus lovers in the state. Demand and supply have eternal connectivity. They say! Despite the blanket ban on alcohol imposed by the state government, the demand continues to exist. There continues to remain its most critical component, the supply.

While the law enforcement agencies continue to tighten the noose around liquor proliferators, those reaping dividends continue to come up with ‘innovative’ tricks and techniques of bypassing, rather outwitting, the authorities concerned.

Two separate cases in two different districts highlighted the use of launchpads located in other states including even those who don’t even share a land boundary with BIHAR.

Haryana is one such state from where large quantities of booze are directed into the dry state Bihar. Forged registration plates are used by vehicles employed in many such cases. 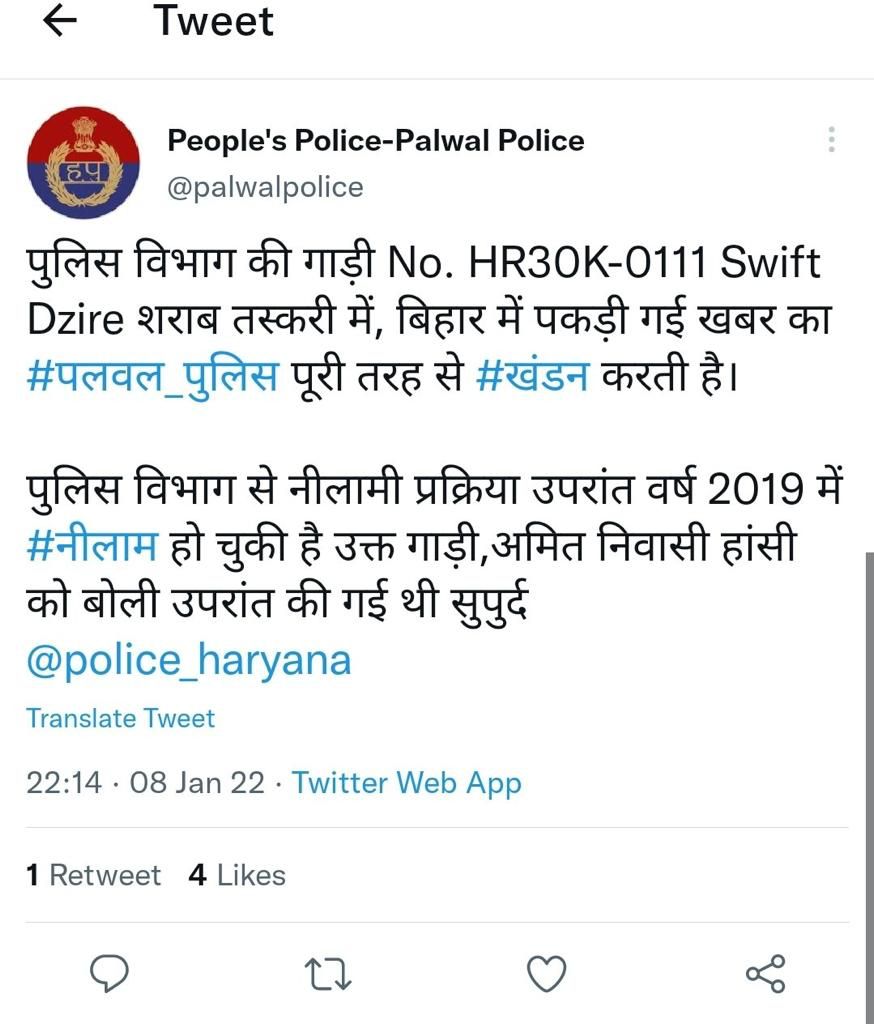 Over 200 Litres of IMFL was recovered from an abandoned Sedan bearing a Haryana number plate that was rammed by a speeding lorry early in the morning in the Arwal district.

The consignment was all set to be delivered to prescheduled location but then the accident occurred leading to the recovery. “The police checked the registration plate of the car, from which liquor was seized, and was shocked to be apprised that the car belonged to SP, Palwal, Haryana,” said Arwal SP Rajiv Ranjan.

In another similar case reported in Danapur in the state capital employed a vehicle painted in India Post colours that was seized with a liquor consignment in Naya Tola locality. “250 cartons of IMFL recovered from an India Post vehicle bearing a UP registration plate in Naya Tola locality under Danapur police station of the state capital,” said Danapur ASP Syed Imran Masood.